Reflections of a Proud Grandpa

The Power of a Dad at School 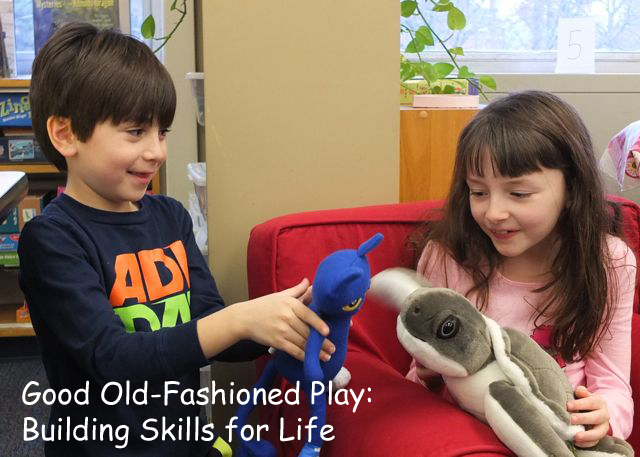 Last week while cleaning for the holidays, I happened to hear some commotion just outside the dining room window. I overheard some interesting chatter reminiscent of a John Wayne western. Curiosity got the best of me—I took a peek.

It was our little five year-old neighbor playing make-believe with his little friend from down the street.

The two little boys were pretending to be cowboys rounding up their horses to ride out of town, and hunt down the outlaws. I was amused by their conversation and negotiations in what appeared to be very complex imaginative play.

The two little boys scurried back and forth in the garage gathering props to create a realistic scenario. One of the boys pulled a wooden sawhorse from the garage and announced, “Hey, let’s pretend this is our horse.”

Tying a rope around one end, they dragged the sawhorse around the carport making galloping sounds. For the better part of an hour the little boys staged quite an imaginative western.

In the context of latest research about the importance, yet diminishing, occurrence of imaginative play, my observation of the boys playing cowboys resonated with me more than ever. The importance of independent, creative and imaginative play made me wonder how other five and six year old children are spending their afternoons.

Russian psychologist Lev Vygotsky believes that until children learn to use mental tools, their learning is largely controlled by the environment. After children master mental tools, they can take charge of their own learning by attending and remembering in an intentional and purposeful way. Using mental tools transforms children’s cognitive behaviors, and in similar ways it can transform their physical, social and emotional behaviors.

When my children were in preschool and kindergarten, I attached great value to allowing them the freedom to engage in their own creative play and avoided becoming their activity director.

When children are guided towards and kept engaged in mentally stimulating, unstructured activities, they are less likely to experience boredom—which in turn brings about and sustains creative play.

Imaginative play is essential for the formation of self-control and self-regulation, which are very important skills in life and are considered a more accurate predictor of success in school than one’s IQ.

Blogger Sandi Staud shares her expertise on diagnosis and intervention for learning disability in early childhood. If you have questions, please contact Director of Learning Programs Carmen Mendoza at .