Game-Themed Celebration a Success for Springer 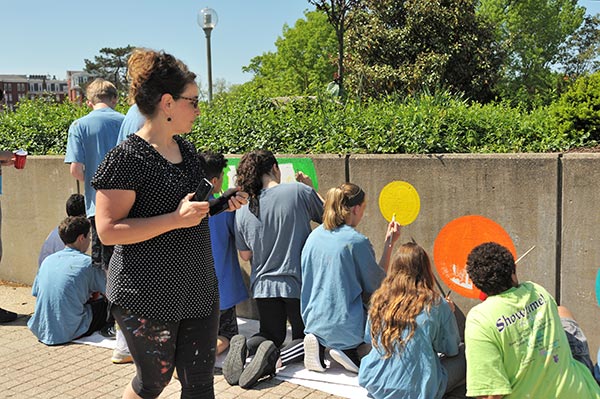 The outdoor piazza at Springer School and Center received a bright upgrade in May when the Maureen Wenker Artist in Residence program brought Chicago muralist Molly Zakraijsek, “Molly Z.” to Cincinnati. Zakraijsek guided a group of Middle School students in painting the concrete retaining walls that bound one end of the piazza with a pattern of colorful dots.

The students involved in the mural painting saw the experience in diverse ways. “The mural really makes the school pop out,” said eighth-grader Trenton Casey. Cooper Meese, also in eighth grade, said, “We spent a lot of time to give this mural to the students and staff of Springer.” Eighth-grader Edmond Huffman said the project was “a great opportunity to connect with others who are commencing (from Springer). It gave us one final time together.”

“Springer School and Center has become one of my favorite residency projects,” said Zakraijsek. “I love working with such talented, artistic students who love to create and make something that benefits others. My time at Springer is always filled with inspiring moments with great students and faculty!”

Molly Z.’s murals can be found in several Chicago locations including the DuPage Children’s Museum. Her artwork can be seen throughout the Shedd Aquarium in Chicago, as well as ToyLab in Cincinnati, and on a variety of posters and products. She has just completed a building-sized mural in Rockford, Illinois.

The Maureen Wenker Artist in Residence program was established in 1993 by Paul Wenker in memory of his late wife, a Springer supporter and volunteer, and mother of three Springer alumni. Zakrajsek was also the Artist in Residence in 2010 and 2011, when she and a group of students created 90 feet of colorful mural in Springer’s lunchroom, and again in 2018, when she worked with students to paint the climbing wall in the school’s gymnasium.

Aidan Fant (r) of Florence, Kentucky, and Ben Cnota of Dry Run, Kentucky, give mural a second coat of paint during Springer’s Artist in Residence program. 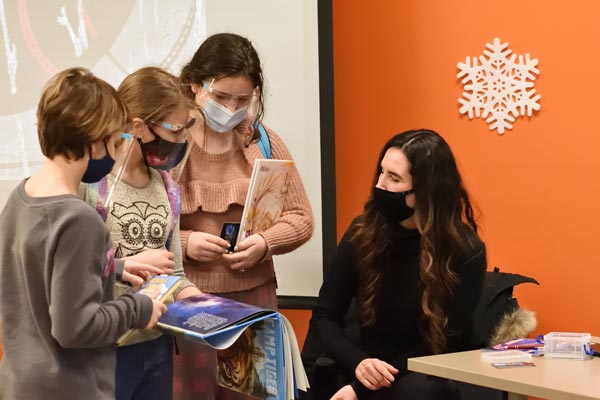 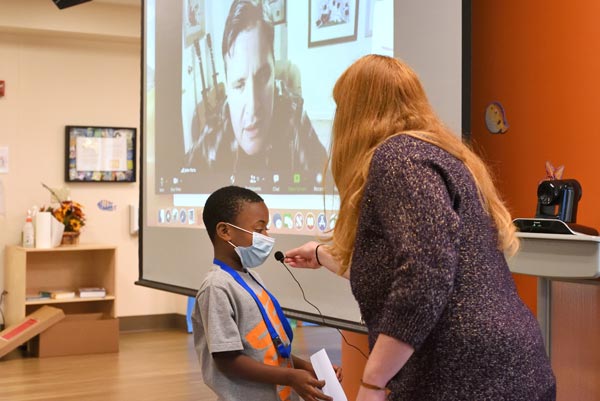 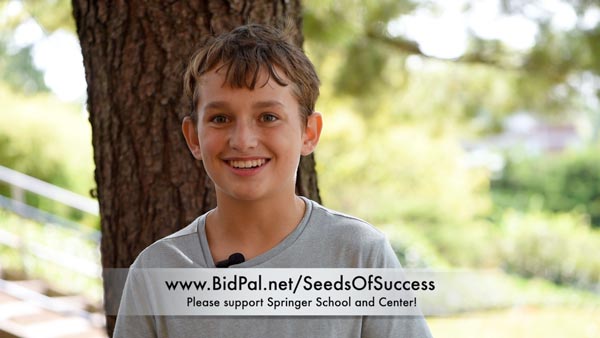