The Hicks Family Story: How We Got to Springer, Part 1 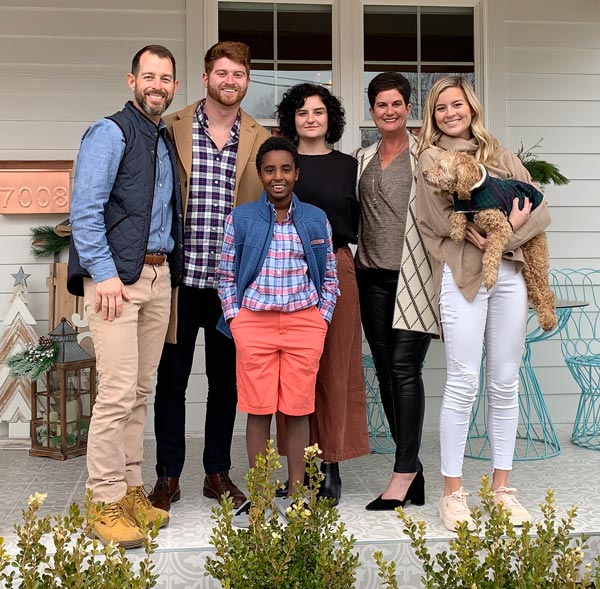 Our last family to be highlighted in this year’s Student Focus Story is the Hicks family. In this week's account, hear how Todd and Michelle Hicks come to the decision to enroll their son, Henry, at Springer.

I recently sat down with new Springer parents, Todd and Michelle Hicks, and discussed the journey that brought them to Springer. Their story is not so uncommon. Their son Henry, about to enter 4th  grade, was diagnosed with a learning disability, and they decided that Springer may be in his best interest. They will be the first to tell you that it wasn’t an easy or quick decision. They wanted to be certain that they had the most complete information before making such a big decision, which led them to talking with several members of their community before telling Henry and making the move.

The Early Days and The Decision

Over the summer we weren’t in conversation with Springer when we were weighing our options. We were talking to people. Our friends were really instrumental in helping us make the decision to contact Springer. We needed those personal, direct connections. That was the best promotional material for Springer in our opinion - others had high praise for what Springer has been doing for years.

We knew about Springer because some of our friends’ kids attended the school in the past. Our son, Henry, was diagnosed about a year before with dyslexia. Our school district is fabulous and helped our son to the best of their ability, but they were limited in what they could provide him. Henry was slated to return to the school he knew so well, but a week before school started, we decided that he would attend Springer instead.

We made the decision quickly for Henry. So, we decided to “put our parent hats on” and tell Henry where he was going to go to school. He knew he was struggling with reading and wanted to be better at it and he knew that there was something lacking so he was more open and accepting to the idea of changing schools. This didn’t mean he was thrilled, but he trusted us and he wanted more success in learning. He would miss his friends, but during COVID, the actions had been limited anyway. As parents, once we made him feel safe and comfortable, he was going to be fine. He plays a lot of sports and does many activities with his community friends, and we told him that those connections would remain. And they have.

The Transition into Springer

We believe the transition for Henry has been really easy for him. He wakes up in the morning and actually wants to go to school. That had been a struggle the year prior to Springer. He felt anxious and nervous, and his confidence was lacking that year before Springer. Our school district was very caring and was always so good with us, and we get the same thing from Springer. We feel good about his teacher and the progress he is making. Todd said, “I love dropping him off in the morning and I enjoy seeing everyone say hi to him in the morning. Everyone knows his name.” That is a great feeling for me as a parent, and I know it is for my son too.

Making the decision to move your child from what they know and are comfortable with is not an easy task. Todd and Michelle were incredibly dedicated to researching all possibilities for what was best for their son and in their search process, they have found a whole community of valuable resources and  support.

Blogger and Director of Learning Programs, Carmen Mendoza, MEd, shares her expertise in understanding students with learning disabilities. If you have questions, please contact Carmen at .